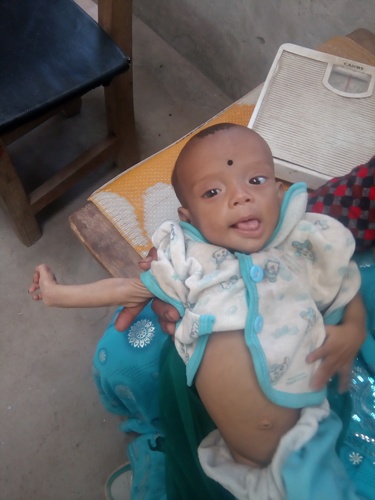 CMAM programme has been upgraded to the Integrated Management of Acute Malnutrition (IMAM) to strengthen linkages between health facilities and community based approaches as well as preventive and treatment measures. The key preventive measures to be integrated into IMAM include—Infant and Young Child Feeding (IYCF), hand washing with soap, and improved sanitation, early child stimulation and responsive feeding and social protection schemes.

1. The Objectives of IMAM programme:

IMAM is a highly effective approach to preventing and rehabilitating malnourished children and reducing the number of children who die from acute malnutrition. The following are the few keys to this success:

The Major Activities for IMAM program:

3. The Activities to be performed by READI Nepal in Humla District:

The following activities will be implemented in the given time period by civil society organizations:

In order to conduct the above mentioned activities, the roles of civil society organizations will be as follows: 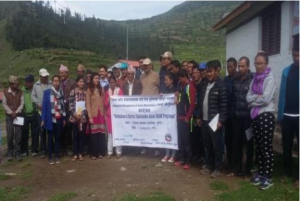 CDO and LDO of Humla District told that IMAM could be one of the most effective program reducing the child mortality and both of them highly impressive with this program and told us that his fully support of us. 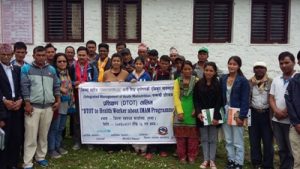 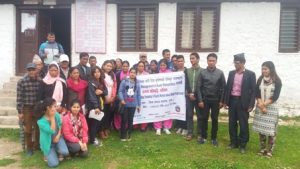 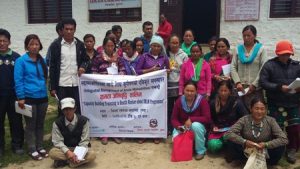 READI Nepal conducted 5th batch of Health worker training with the coordination of DHO in Humla district, total 111 number of participant participated in this training.

Health worker training is a key component of IMAM program for program success. After health worker training we have achieved new and creative ideas to expand and enhance the workforce for reducing malnutrition in Humla district. Health worker trained to carry out their duties as a health care provider, indicating that they feel well prepared to work as generalised within IMAM guidelines. All health workers capable of conducting FCHV training in Humla district as well they are also capable of identifying SAM and MAM cases and treatment of SAM cases according to IMAM guidelines. Health workers capacity improved for quality of diagnosis and management of SAM cases in district and development effects. All health workers also increased knowledge regarding IMAM program. One of the most important example is we have found 336 SAM cases among that 210 Cases admitted in OTC and 1012 MAM cases was concealed through IMAM program , this achievement has been achieved after Health workers training. “Harek baar khana chaar” has been established as nutrition behaviour in community. Similarly improve in the recording and reporting of Nutrition in HMIS. Regular MUAC screening of 6-59 months children during the Vitamin A National Campaign by Health workers along with the support of READI’s staff. Nutrition screening at hard to reach area and community. All the mothers of MAM children have been counselled on Nutrition, sanitation and hygiene and use and misuse of RUTF by health workers and our READI team. 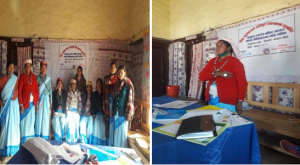 During FCHV Training in Humla DHO

This is a story of severely malnourished child named Ankhe Rokaya son of Dhan Bahadur Rokaya who is traditional healer (dhami) and mother Dhana Rokaya who is a housewife . They  belong to Rodikot VDC ward no 3 of Humla District which lies on the Western part of Nepal where people still believes in superstitious power.

Ankhe Rokaya who was 7 month old was suffering from severe diarrhoea. So after few days his mother Dhana Rokaya brought him to the District Hospital when his condition get worst. When the child was examined he was found to be severely malnourished with MUAC 8cm, Height 66cm, weight 4.5kg and diarrheal episode was 4 times per day. His condition was very critical. we couldn’t treat the child with RUTF because the child was SAM with complication. when we tried to convince his mother to take her child in NRH in Nepalgunj. She replied, “ jaa lage pani bachnya naai mu aba gharai laijaaineu, hamiti paisa pani naai atai simikot basna ni garo xa hamikana” so, only thing we could do was first to treat his diarrhoea and then only to give RUTF. After his diarrhoeal condition has improved then we started medication under the IMAM protocol, when the  RUTF was given to him, we counselled the caretaker i.e his mother about the use and misuse of RUTF and sanitation and hygiene etc. For upto 4-5 days when the child condition didn’t get improved , the mother decided to take her child back to home she frequently ask the health workers to discharge the child and let them go to their home. When we tried to convince her , she didnt want to listen us. and after few days she with her child escape from the district hospital. We were much worried about that child we searched her but couldnt find them. We informed our NO from Sarkegaad VDC to find out that child and complete the treatment of that child. our staff found them out at their home . He requested their parents to take their child at Sarkegaad OTC which was only at the few distance from their home. So, considering his advice they took their child to Sarkegaad OTC timely. After counselling them for the regular follow up and the use of RUTF, Accordingly they came for regular follow up , And at every visit we could see the improvement in the child. After 42 days of admission , when the child MUAC was measured it has increased from 8cm to 13cm and the weight has increased from 4.5 kg to 8 kg and the child was alert as well. So we discharged the child from OTC with 7 packets RUTF. Now the child is healthy and family are happy. and child mother’s Dhana Rokaya said, “Hami ahile dherai khusi chhau yo karyakram thokkai agadi aaidya vaye meri aaki xori pani bachi jadi ho dherai dhanyabaad cha Sir Madam kana” They thanked all the member who are involved in the IMAM programme.

Humla district, one of the food deficit district.

One day Parbati Shahi came in District Hospital with her 9 month child Kabindra Shahi. Kabindra Shahi is the second child of Parbati Shahi.  When he examined he was found severely malnourished with MUAC 106mm, height 69.5cm and weight 5.8 kg. Before admission Kabindra Shahi was ensured of not having any medical complications and bilateral pitting Oedema. And he also successfully passed the appetite test. According to IMAM protocol, he needed to consume 2.5 sachets of RUTF per day and he was given 42 packets for the 2 week time referring to his weight. Along with the RUTF mother was counseled to breastfeed him as much as she could for rapid catch up growth. On the second visit he had some weight gain (6 kg). Most importantly he had his MUAC increment to 113 mm. Parbati Shahi routinely visited OTC site.  And on the date of 2073/07/30 he was discharged successfully with his MUAC measuring 120 mm and weight gain to 7 kg.

Lastly, she thanked all team of district hospital for their help and wishes the best to serve more children like her son in future.

Humla  one of the most remote place which lies on the Western part of Nepal where people still don’t have access to road because of the difficult geographical terrain. Most of the people here are illiterate  because of which it’s very difficult to change the behaviour of the people of Humla.

jhupuli sunuwar has tow son one is 2 years old and another one is four month. One child aged two years is malnourished and he is admitted in Simikot OTC. One day jhupulli Sunuwar with her four month child came to Thehe Health Post. Her child was suffering from severe Diarrhea. While taking the history of the child, we came to know that the mother was giving RUTF to her 4 month child since one week. Then HP incharge Nar Bahadur Bhandari counseled mother and gave satire prize to the mother.